SAGA is an open GIS software with a strong capability for geospatial processing and analysis. It has about 700 geoprocessing tools and it also supports scripting using Python and R. 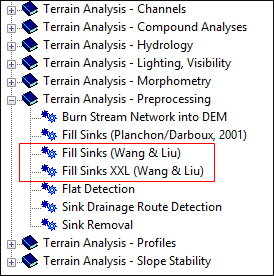 Whitebox is as much a philosophical approach to geomatics as it is a GIS/Remote Sensing package. This philosophy of transparency, from which Whitebox derives its name, has led to the development of some rather unique and innovative features in the software. 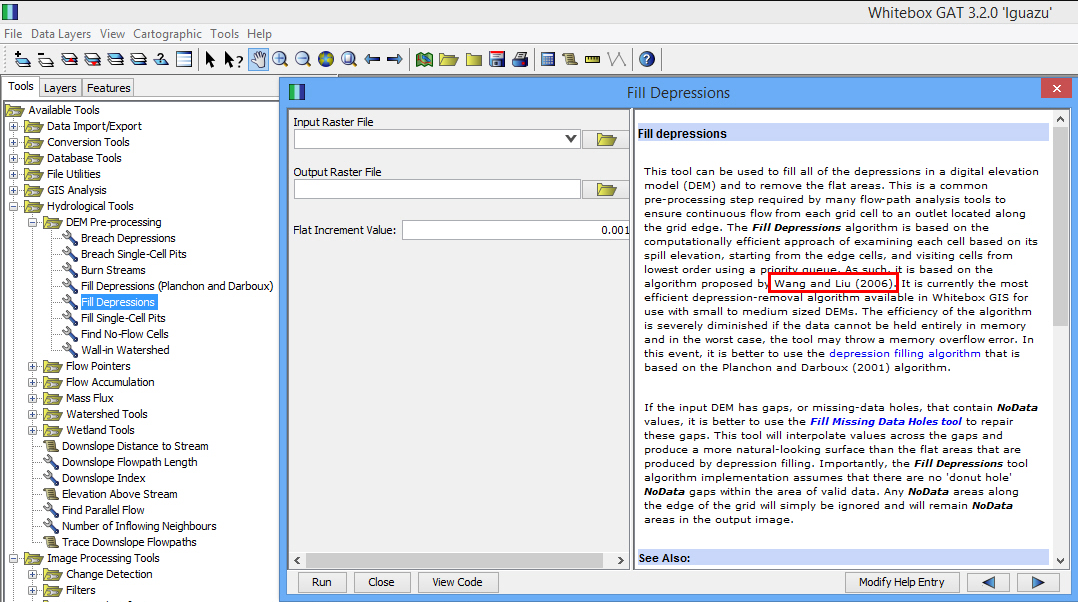 RichDEM is a set of hydrologic analysis tools for use on digital elevation models (DEMs). RichDEM uses parallel processing and state of the art algorithms to quickly process even very large DEMs.
RichDEM can use both the D8 and D∞ (Tarboton) flow metrics. It can resolve terrain depressions (or pits) either by filling or by channel carving. It can calculate contributing/up-slope areas, slopes, curvatures, and aspects.